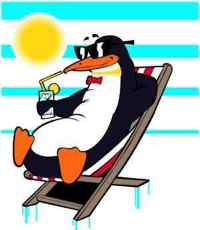 One of my favourite simple remedies for minor cuts and sores is to take some aloe vera juice or concentrate (you want to use aloe products made without sodium benzoate or benzoic acid as although these are natural ingredients, they are known toxins to cats) and add a few drops of bee propolis to it.

Then simply apply this combination to the minor cut or sore. The aloe vera is very healing and soothing while the bee propolis is a natural antibiotic, antibacterial, antifungal and antiviral. Bee propolis is used by bees within their hives to keep fungus, bacteria and viruses out.

Bee propolis, a favourite of mine, can also be added to the food you feed your companions to help boost their immune system.

When my cat suffered a broken leg soon after his 16th birthday, I used bee propolis in his food to help combat any bacteria. I must admit, even though he was old, I nursed Morris back to health and had the pin removed soon after the fifth week of healing.

The vet said that Morris would probably take at least 6 weeks to heal, but to be honest, even if that were the case, the pin had to come out and the cast had to be removed. The reason why is because by the fifth week, Morris had begun jumping our 3 foot high fence again with his cast on.

Morris wanted to get in the front yard because that's where the sun was. Since I was afraid Morris would do more harm jumping the fence with the cast on, I made the appointment to get the cast and pin removed. I don't even know if the vet realized that it was little more than 5 weeks of healing.

Anyway, some other favorite remedies of mine include:

Naturally I Am Anti Antibiotic

Antibiotics are over prescribed and can lead to some serious health problems. Long before the use of pharmaceutical antibiotics, there were natural ones. Keep reading to learn more.

Why no pictures of cats in a cat–alogue?