» Home » Pictures of My Pets » Chink and Tiger

Chink and Tiger are the current two cats in my life. What great cats they are. I've raised them since kittenhood.

Tiger was born inside my house. Her mother is Cleo, one of the cats that was in my cat sanctuay. Cleo decided to give birth to Tiger while I went for a swim. Really, Cleo was such a wonderful cat and while I miss Cleo, I see her every day when I look into Tiger's eyes.

Chink, on the other paw, was abadoned on the street in front of my house. Realizing she had no home, I picked her up and gave her a home. Having a second cat, at that time, was not part of the plan but I am glad it happened. Chink is a great little cat and is approximately 1 month older than Tiger.

Both Chink and Tiger have been eating a raw meat diet since they have been in my life. The main difference between Chink and Tiger is that Tiger's mother, Cleo, had healthy and nutritious breast milk while Chink's mother did not. Thus, Chink came to me slightly unhealthy but it didn't take long for her to get her strength and health.

Chink is quite the character. One time, I took her outside so I could put her on the branch of the tree. But before I knew it and with the blink of an eye, she was gone — up the mango tree she went. Luckily, the carpenter across the street was kind enough to climb the mango tree and get chink down because Chink knew how to climb up a tree — just not down. I paid the carpenter 100 pesos, which he didn't want to accept, but he earned it.

These pictures are separate to pictures of my other pets because these two are my current pets plus my first pets in the Philippines. 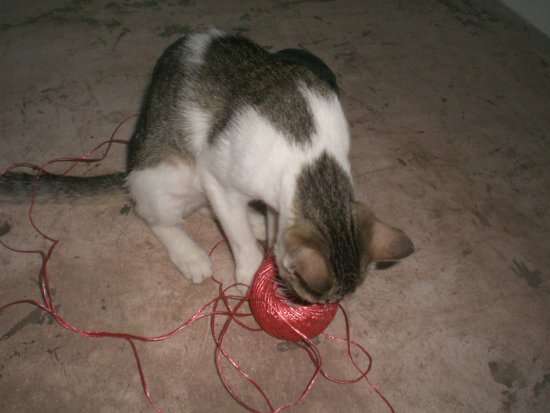 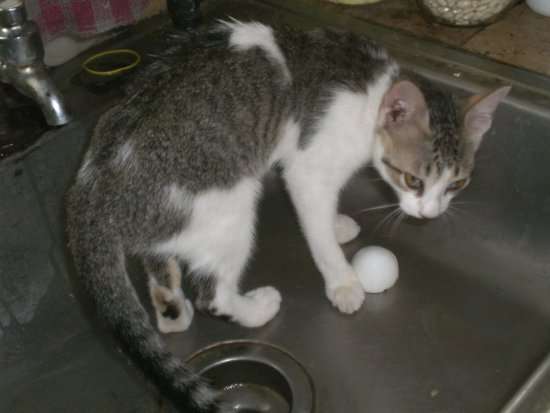 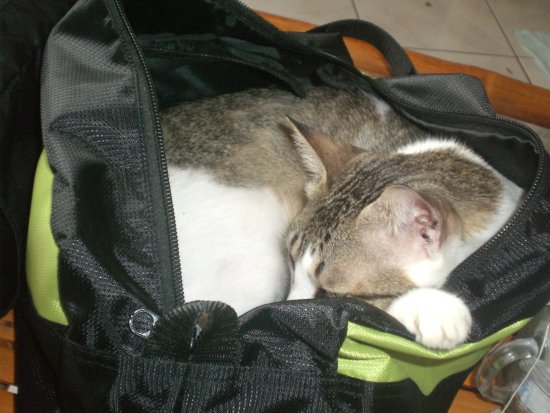 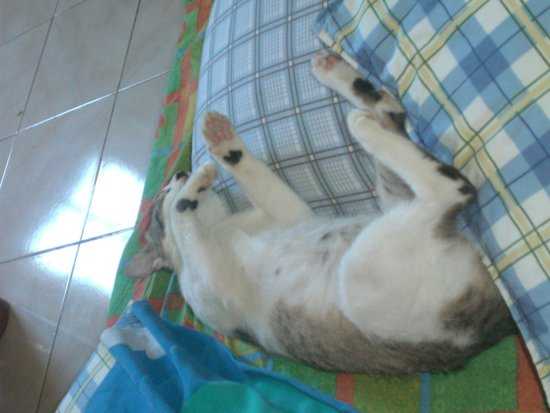 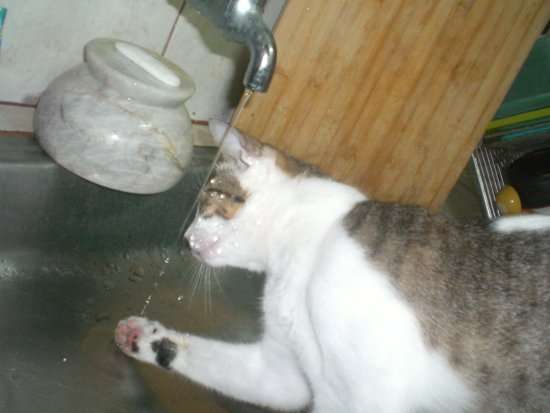 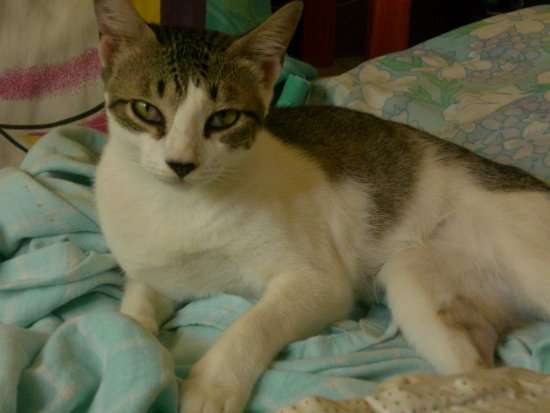 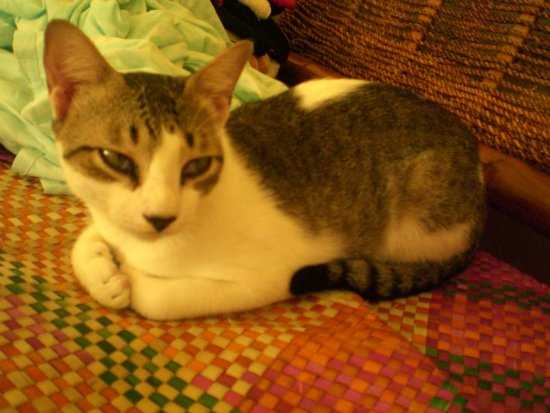 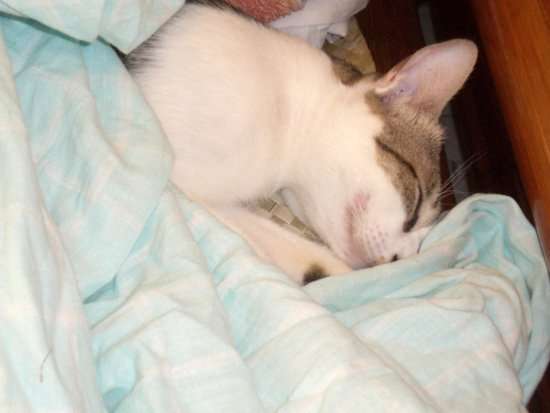 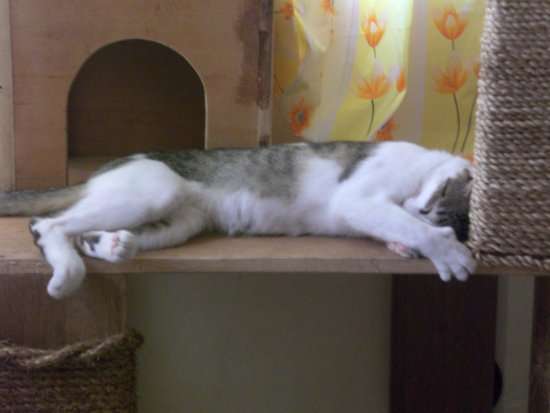 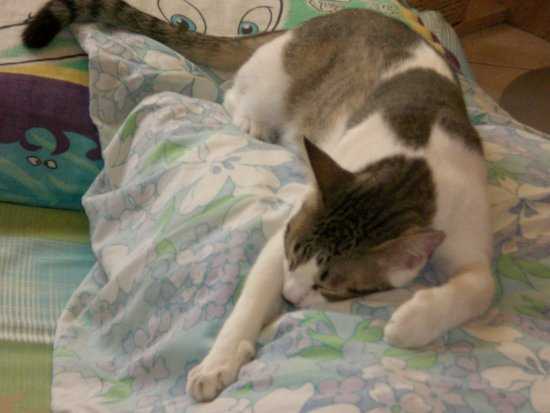 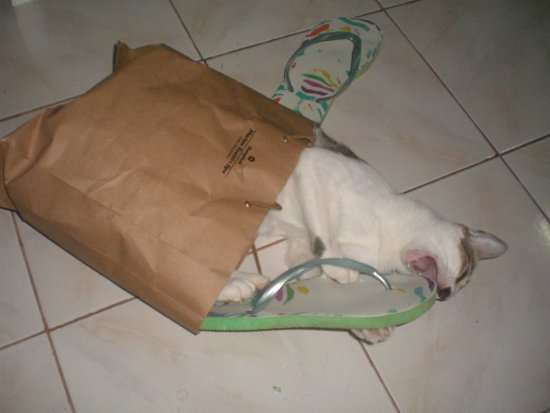 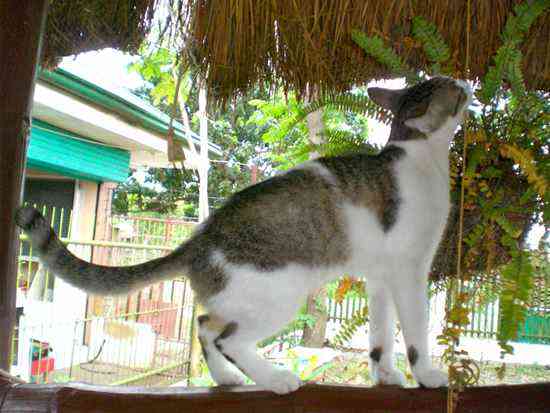 Although Tiger is a female, she was named Tiger in honor of my first cat Tiger and because she has stripes.

Tiger loves to play. In fact, she will tell you when it's time to play.

Tiger has the personality of her mother and she also tells you when it's time to eat. She likes her food and eats a very healthy diet always. She doesn't like to be held too much but she immediately begins to purr once she is in your arms.

Tiger has been in my life since the day she was born — I can remember Cleo carrying Tiger from one room in my house to the other.

Since Cleo's previous kittens were killed by my neighbor, I never let Tiger or Chink go outside, for their own safety. There are a lot of dangers in the Philippines and so I do protect my cats. But one day, I hope to find a place where they can climb a tree and have some more fun outside, but in a safe environment. 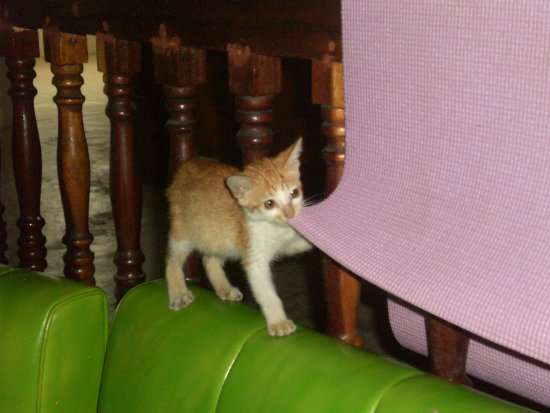 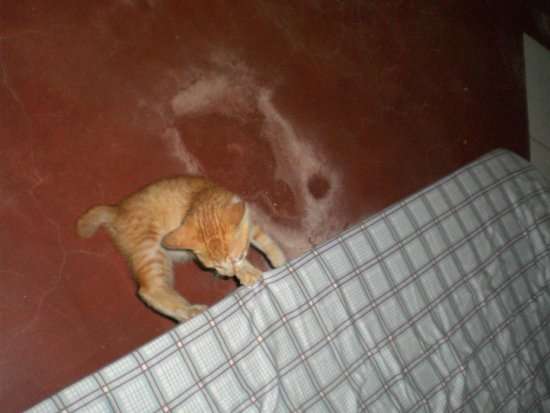 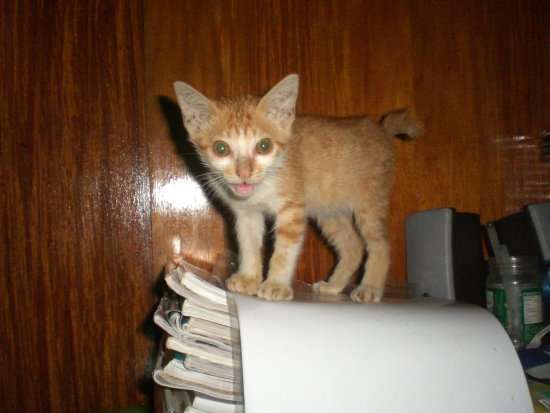 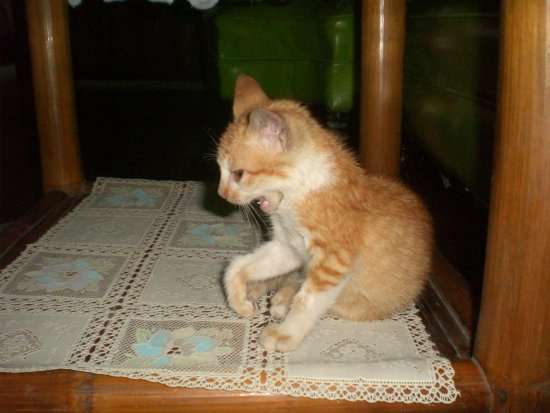 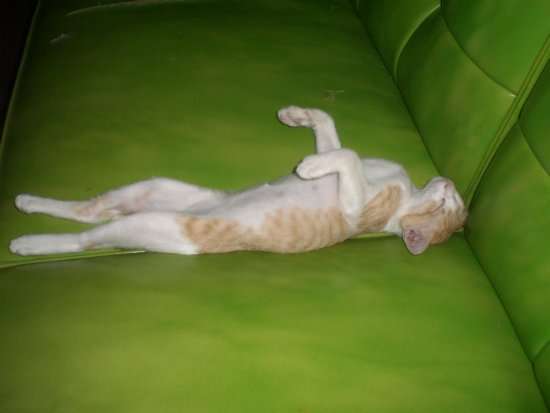 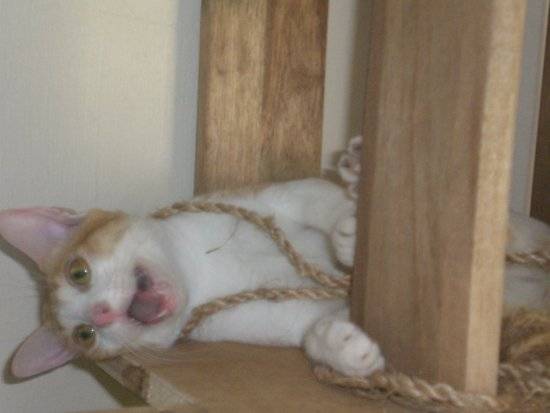 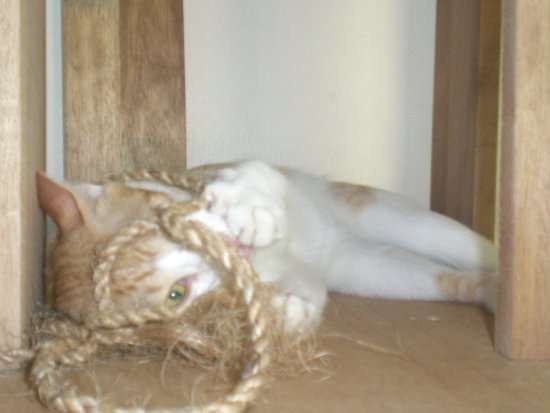 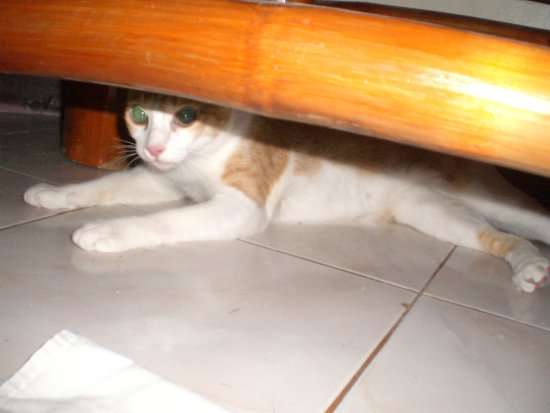 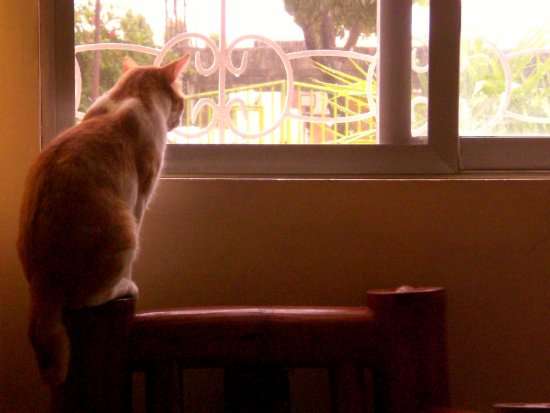 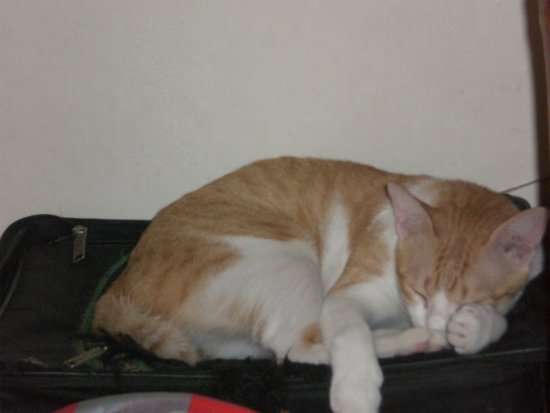 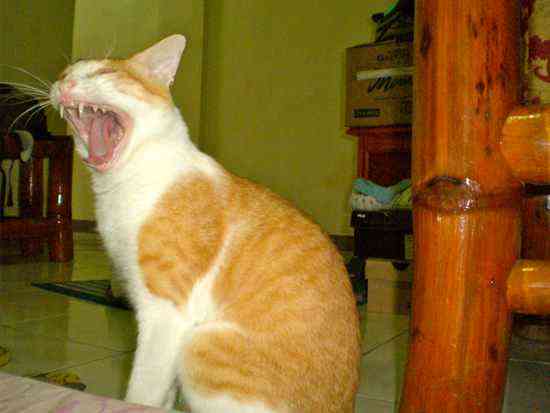 The pictures say it all. 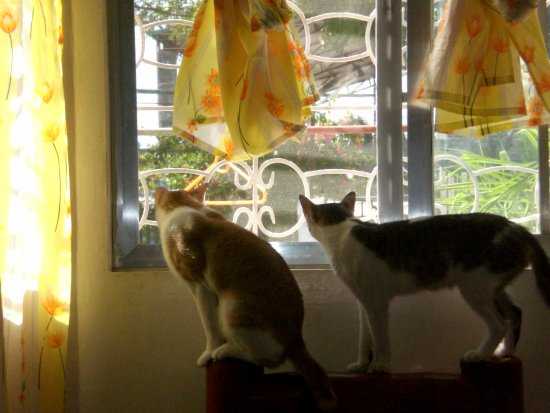 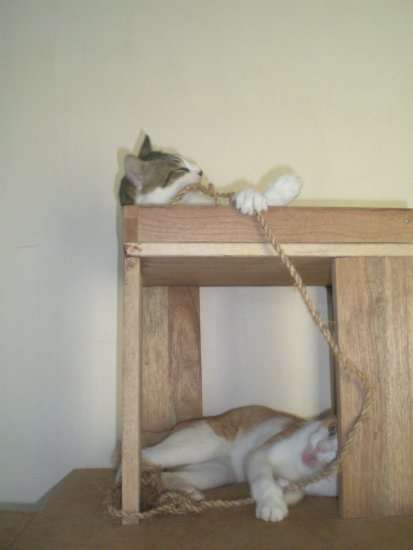 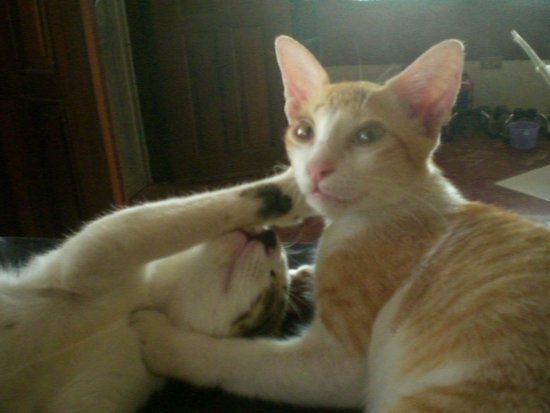 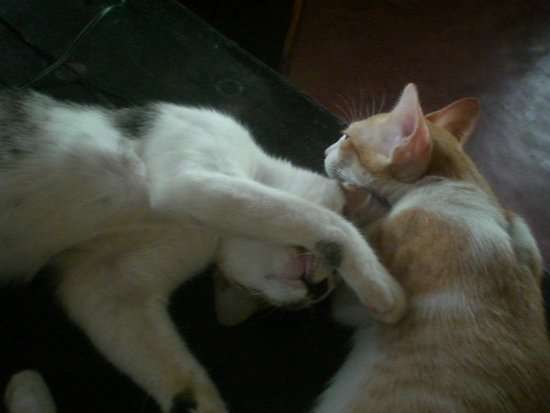 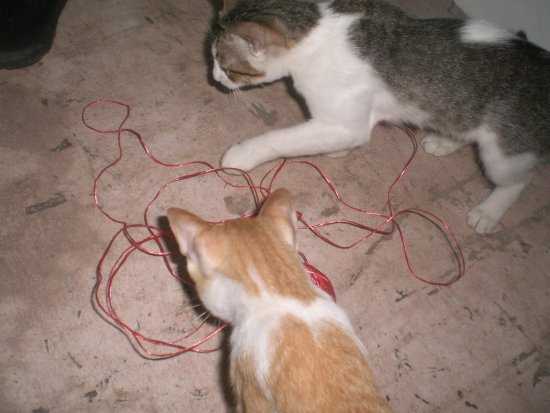 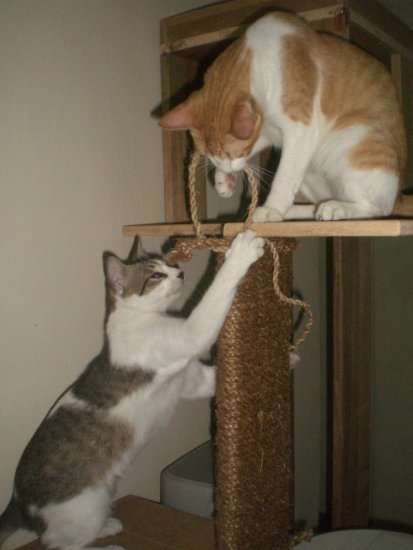 I Admire The Beauty of Others Too

Well, let's face it, it's one thing to have sex appeal, but isn't it great to admire the sex appeal of others?

Well, the way to do this is to have good eyesight. The essential amino acid, taurine, found in raw meat helps maintain good eyesight, but so does eliminating sugar from the diet. Sugar can be a factor in cataracts. In addition, when travelling in the car, it is suggested that you do not allow the heads of your pets to hang out of windows. Not only is too much wind in the face a problem, but a small speck of dust can cause an eye injury.

Just another sexy tip to keep a Body Design By Katherine.