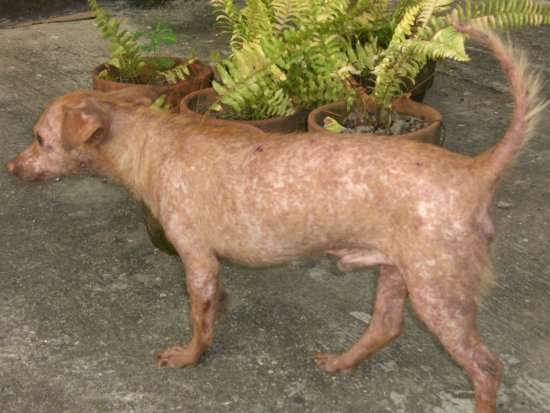 Although you wouldn't know it by looking at the picture, Jumbo is a Chihuahua — an unhealthy Chihuahua to say the least.

Before going any further, I would like to give you a brief history of how The Sick Pet Project got started.

I decided, at that time, that it would be rewarding to help some of the less fortunate dogs (and cats) in Southeast Asia. I then waited until I had no more commitments in Canada allowing me to move to Asia. Originally the plan was to help dogs because I noticed, while in Thailand, that the dogs really lived and slept in packs. Literally, the dogs in Thailand slept in packs on the streets, walked in packs, etc. Having the dogs in a pack sure would make it easy to feed them. However, instead of going to Thailand, I went to the Philippines.

Since the dogs in the Philippines were more spread out, I turned my attention to cats. I started my own small cat sanctuary. I fed the stray cats every day. What a difference this made. The cats that looked so dirty began to look so clean. People asked me if I gave the cats a bath and said are you joking? They would claw me to death!

I've helped many cats and dogs over the years, but here was my own little cat experiment similar to the experiment Dr. Pottenger did in the 1930's. I saw many things happen with the stray cats plus I got a chance to really notice how they ate, especially the kittens. I noticed many small and interesting details. Many of these little details are being added to new section of my web site, which I call What's New Pussy Cat. In the What's New Pussy Cat section of my web site, I provide new ideas — or more accurately — I provide ideas that build upon the information provided in my original book.

Anyway, to make a long story shorter, I eventually had to close my cat shelter. I always knew this was a possibility and so I always kept the cats wild while supporting them. Nonetheless, when I had to close my cat sanctuary, a sense of wishing I could do more came over me. I loved the cats in the sanctuary and I really wanted to take all of them with me when I had to move. But alas, I could not. I did, however, adopt two kittens at the time and they moved with me (and I am happy to report these kittens, which are now cats, are doing very well and are purrrfectly healthy).

Not feeling satisfied with the realization that I could no longer help the cats, I needed a new project — enter Jumbo. 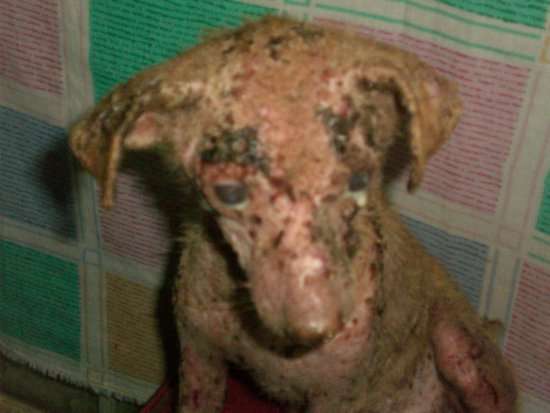 Initially, I thought Jumbo was just unhealthy. It was obvious he had health problems — any dog (or cat) that has lost some or all of its hair like Jumbo is unhealthy — and believe me, if only pictures could smell then you would really know just how sick Jumbo was because he stunk worse than a skunk! Although I knew Jumbo was unhealthy, I sure was in for a surprise (as you will be too) when I saw just how powerful his healing was. I realized, as I began to help take care of Jumbo that he wasn't just unhealthy — he was in fact incredibly sick with a very toxic body.

Before beginning this project, I told Jumbo's owner that there was a high chance that things were going to get extremely scary and that things were going to get worse before they got better. I asked if she still wanted to proceed and she told me to do what I can to help Jumbo. While I knew things would get scary as Jumbo began to detoxify, I have to admit, I had no idea just how scary it would get. Even though I knew what was happening and why, I was even nervous because I've never seen a dog (or cat) detoxify in the way that Jumbo did.

This is a story of Jumbo — how he responded to a wholesome raw meat diet.

I offer this guide to show you and others how a wholesome raw meat diet can help the body heals and what can happen when the body begins to detoxify. Believe me, I've never seen a dog detoxify in such a powerful way and for as long Jumbo did — it was quite a shock to me.

All pictures are clickable. Once clicked, you will view a larger image. If you were to view the larger image of the second picture on this page, or if you were to look more closely, you will see Jumbo detoxifying through the eyes. You can actually see a white milky like fluid leaving his eyes.

As you will learn while reading my notes, I originally thought Jumbo had cataracts. But around day 46, he started to detoxify through the eyes and as the white milky like fluid began to leave, you could begin to see the color of his eyes once again. Truly an amazing experience — especially sine I was right there while this happened and it was a good thing I had a camera to take a picture of this event.

I don't want to give too much away, but needless to say Jumbo is doing fine now — relatively speaking of course. I am not sure if he will ever have hair again as a year or so before I began to help Jumbo, he had major skin and coat problems that caused him to scar much of his body. Where there is scar tissue, the hair will not grow back. 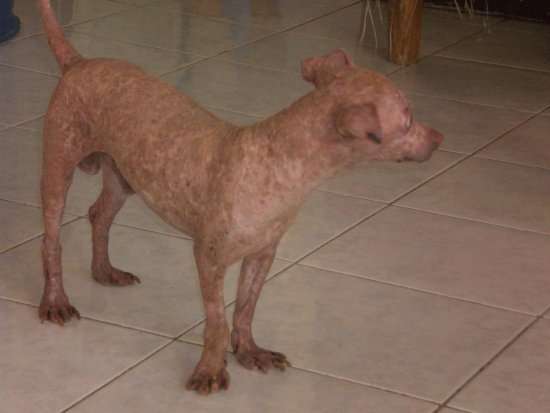 To have sex appeal from a distance is one thing, but many times as you near what appears to be a sexy dog or cat, you nearly die when you smell their breath or body odour.

I, Katherine DeBarnes, don't loose sex appeal close up. I eat fresh food and use supplemental enzymes to help further my health.

Having plenty of friendly bacteria and useful enzymes helps ensures that nothing in my digestive system begins to putrefy. All of my food is fully digested and eliminated thus helping to prevent those unwanted odours caused by the putrefaction (rotting) of food!

Feed enzyme rich foods for a healthy digestive system and achieve a Body Design By Katherine.