» Home » The Sick Pet Project » The Hair Is GrowingPrint Page

Well, it's now day 96 of the project and I can see the hair on Jumbo from a distance. The hair is not thick, nor is it long but there is definitely hair growing.

The hair is growing along his neck, the sides of his body and his tail.

Although Jumbo has hair growing, due to his health problems in the past and the fact that he scarred his skin, I don't think we are going to see a full thick coat. But nonetheless, the hair growth is a positive sign indicating that his body is getting stronger internally.

Although Jumbo had some hair before the project began, he did loose all of his hair while detoxifying. This is mostly because he had open wounds and scabs. But now that his skin has healed, the hair is growing back again.

Jumbo also constantly rubs his face into the body of another dog. The reason why is because Jumbo is still detoxifying through the eyes. You can see the white mucous like film on his eyes. So he rubs his eyes into the other dog to wipe away the white fluid like film.

Sometimes, I see Jumbo with a white patch like blob on his eyes. It's amazing how many toxins this dog had and still has inside his body.

Jumbo has some really nice hair growing on his. His skin isn't exactly smooth to touch due the previous scarring and so when you do try to touch his hair, you feel more the roughness of his skin than the hair. Nonetheless, the hair is growing back in and on his head, the hair is a deep, dark, color. His hair has more color than before the project was started.

His eyes are still cleaning. I just can't imagine how many toxins were in his eyes, but his eyes are detoxifying in a very gentle way.

Jumbo's energy and strength continues to increase. But one thing I am working on now is to help Jumbo overcome his fears. In my opinion, it appears Jumbo uses his fears to get sympathy from the owners — a method of controlling them or as some might say, a way of dominating the owners.

I closed the door to the room preventing Jumbo from escaping. I had the owner leave the room while using two other dogs to help calm Jumbo. Eventually, when Jumbo saw the other calm and submissive dogs eating, he decided he would eat too — without my assistance.

But the lesson in discipline wasn't done yet. After eating, I made sure Jumbo did not get his way. It eventually led to a long showdown between Jumbo and myself, we the winner being me.

The showdown actually took place on the previous day but the reason why I mention it now is because today, when I fed Jumbo, he did not shake, he ate his food right away, he did not try to escape or anything like that. A positive sign, but still more work to be done.

One reason why I want to work on Jumbo's fears is because ultimately fear affects your kidneys. Being fear free will ultimately help Jumbo be healthier and happier.

While this was not when I wanted to end helping Jumbo, this is the time when the owners wanted to take care of him themselves. Unfortunately, this means that Jumbo has gone back to eating the very food which caused the problems in the first place.

For me, this is a personal failure — well, perhaps failure is the wrong word but the reality is I wanted to keep helping Jumbo. The failure was not in helping Jumbo, but in not being able to show the owners of Jumbo a better way of doing things.

The real challenge from the beginning was showing the owners the way and how the cure and prevention are the same. It seems to me that once they saw Jumbo was well enough, they thought the healing was done. When in fact, it's just the beginning.

Jumbo came a long way and days before the owners decided to begin feeding Jumbo his old diet, his improvements were really starting to show. The hair was coming in thicker and with such amazing color — which was a really positive sign because the body is only going to give nutrients to the hair when the more important parts of the body are healthy, getting healthy or healthier. Ultimately, in the scheme of things, hair is not that important to health. Thus, the body will sacrifice providing nutrition to the hair when the nutrition is needed elsewhere. So when the hair starts to get healthy again, it really means the body is doing much better internally and there is plenty of nutrition to go around.

For now, Jumbo is back to his white rice, cooked meat and some commercial pet food diet — the very same diet that caused him the problems in the first place. The worst part is, I was going to start a second sick pet project because an 8 month old puppy, who has the same owners as Jumbo, is beginning to loose her hair too. Her name is Chai Chai and this dog is really beautiful, if you ask me. She is very submissive and a real cutie, to say the least. But she is getting sick fast. I offered to help Chai Chai but the owners just wanted to do things their way. So every day, I watch Chai Chai get sicker and sicker.

Chai Chai's hair is falling out fast and furiously. She walks with a limp and yet she still smiles. How I wish I could help Chai Chai. At her age, chances are she would fully recover with 2 months or so.

Sad to say, 8 weeks ago, the same owners had a Bull Mastiff puppy, which subsequently died 2 weeks later. While I don't know the exact cause of the death, what I do know is the puppy was being fed the same food. Then one day the puppy stopped eating and unfortunately, I was not aware of this nor was I told. In hindsight, it appears the puppy had either a stomach ache or food poisoning from the food it was being fed. This caused the puppy to stop eating, this led to dehydration and that ultimately killed the puppy.

I didn't see the puppy until it was too late and sadly, I could already see the puppy had gone past the point of no return. But nonetheless I tried by giving the puppy some homeopathic Traumeel.

While it is unfortunate that Jumbo's project has ended, while its sad that Chai Chai is following the same path and while it's truly heartbreaking that the puppy died, this overall experience has been a good one. Not only have people been able to see how Jumbo responded and healed, with the help of wholesome nutrition, but ultimately Jumbo had a chance to experience much better health — even if for only a short period of time.

While I may have not accomplished all that I wanted too, I still planted a seed in the minds of the owners — one that I am hopeful will develop when the time is right for the owners to fully embrace this idea and concept I call wholesome foods — and now you know why my book is entitled Pets Need Wholesome Food Also.

I hope to start another sick pet project in the future. When the opportunity presents itself, I will take up the challenge once again.

Chai Chai, the dog I mentioned above, is a truly wonderful dog. I watched her grow from a puppy that was about 7 or 8 weeks old. When I began disciplining her, she transformed into a submissive and gentle dog — what a beauty she is. The owners did not know how to nor do they know how to discpline dogs. As a result, a few of their dogs are quite aggressive. But with Chai Chai, we were able to remove any desire to be a dominant dog early.

The pictures below Chai Chai from early puppyhood until the age of about 8 or 9 months. You can see the transformation — from cute to sick looking. The unfortunate part is that Chai Chai loves to eat a wholesome raw meat diet including fish. As a result, if I had been able to take care of Chai Chai, then her health problems would have been solved really quick, relatively speaking of course. 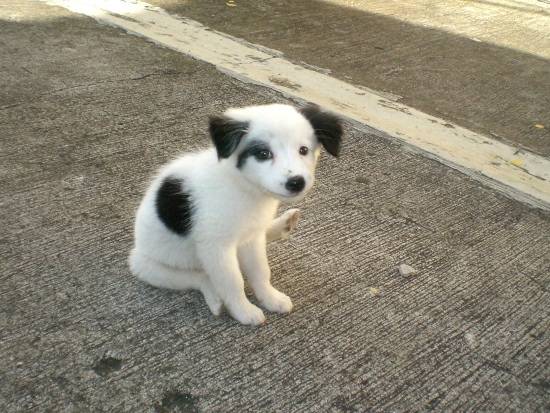 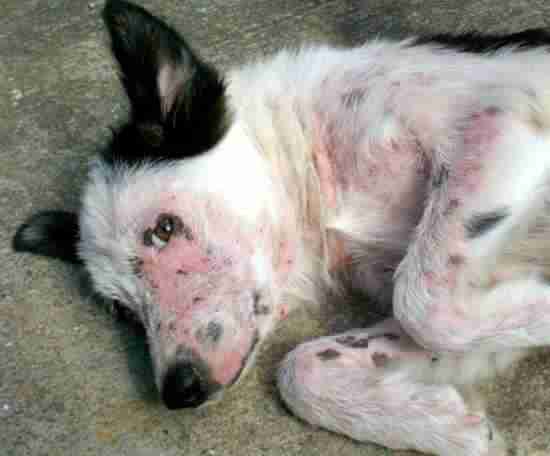 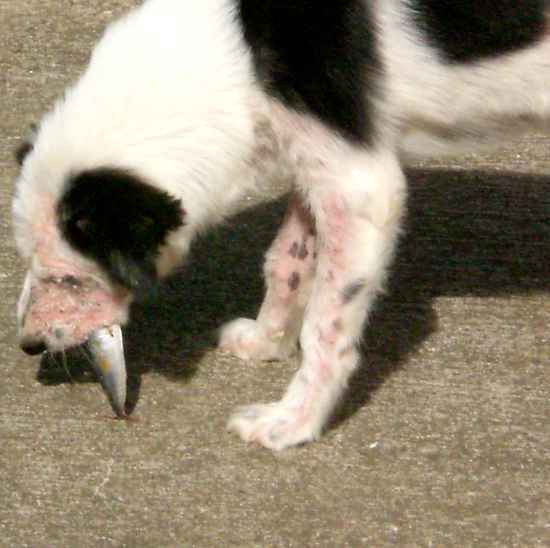 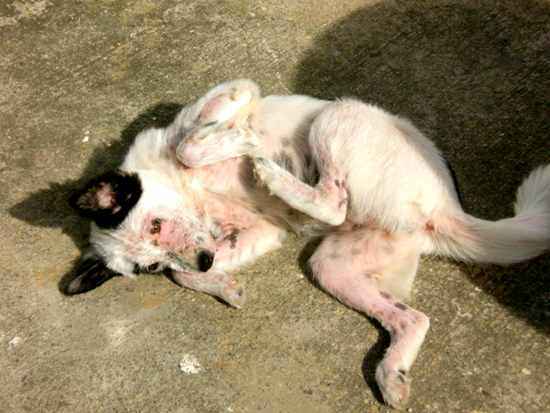 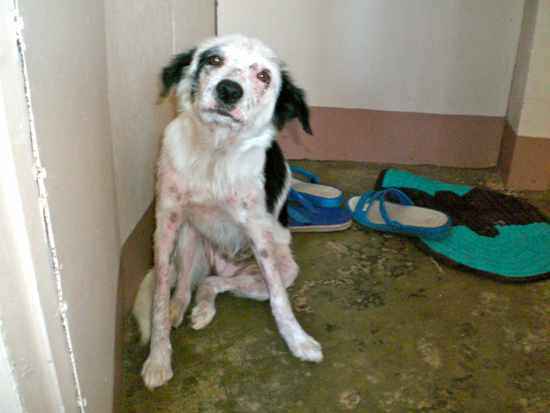 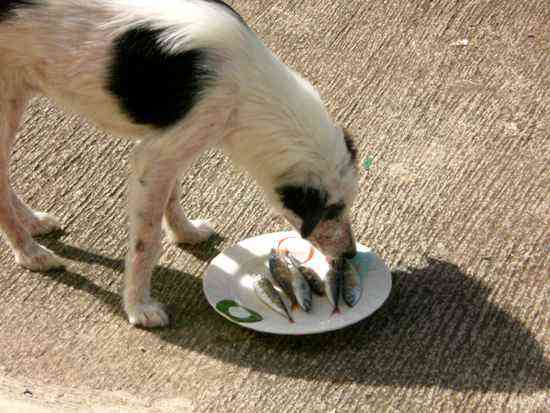