Herbs have for a long time played an important role in the prevention and healing of problems. Herbs have been used for thousands of years with great success and long before pharmaceuticals.

How have herbs been used with animals before? 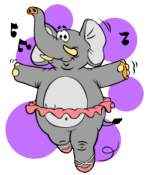 Well, the ancient and traditional job done by the mahouts, who are the well respected keepers and drivers of elephants in India, are well known for taking a sick elephant into the forests to allow the elephant to pick its own food / medicine.

The elephants instinctively know which food their bodies need. Elephants are known to enjoy the herb called gotu kola which is a herb that has a beneficial effect on the brain. We all know that elephants are extremely smart and intelligent animals. In fact, elephants have been known to grab a stick with their trunk and then use the stick to clean between their toe nails!

In years past, even our cattle farmers would take a sick cow into a pasture and let the cow forage for the food / medicine it needs. The cow would eat the herbs its body needed.

Although our pets do better with meat based supplements and although our pets do not eat herbs as regularly as cattle or elephants, dogs and cats have been known to search for and eat herbs. My dogs, including many others, have been known to eat raspberries, blackberries and even blueberries right from the plant! Of course, cats like their grass and dogs like to eat grass too.

Below is general information about various herbs and their benefits. Alfalfa, which is an Arabic word meaning mother of all foods, is the first one.

Alfalfa is what herbalists call a nutritive tonic. A tonic being herbs that restore and strengthen the entire system. It alkalizes, detoxifies, tones, and supports the whole body. Alfalfa balances hormones and promotes pituitary gland function. It contains an anti-fungal agent as well. Traditionally, alfalfa has been used to treat anemia because it is high in iron, bone and joint disorders, colon and digestive disorders, skin disorders, arthritis and ulcers. Alfalfa is rich in enzymes, chlorophyll and aids digestion. Alfalfa is also said to be helpful for those, including pets, who suffer from diabetes due to its rich source of minerals that help stabilize the blood sugar level.

Well dandelion, the flower that everyone loves to hate is a clear example of one of Mother Nature's best combination of nutrition and medicine. Its main influence is upon the liver and is an excellent blood purifier. Traditionally dandelion leaves have been used for conditions such as eczema, dropsy, anemia, fluid retention, diabetes, jaundice and rheumatism. Dandelion leaves help improve the function of the kidneys, pancreas, spleen, and stomach.

While dandelion is a wonderful herb to use for the liver, I first use Pet GO to help support the liver. Saying that, one time, a lady contacted me in 1995 because her cat was given 2 weeks to live due to a liver disease. This was before the glandular and organ supplements, such as the Pet GO, was available. So we got this cat onto a raw meat diet and used a dandelion based remedy. Shall we say the cat lived much longer than 2 weeks. The cat lived to the age of 19. To this day, this lady is still a supporter of mine.

Kelp is rich in the B vitamin department. In addition, it has an excellent supply of those extremely important trace minerals. Kelp is helpful in the nourishment of the body due to its ability to stimulate metabolism. It is rich in iodine which the thyroid must have to function properly. Kelp also absorbs waste from body fluids. Kelp is being reported to be very beneficial to brain tissue, the membranes surrounding the brain, the sensory nerves, the spinal chord, as well as nails and blood vessels. Studies at the Gastrointestinal Research Laboratories of McGill University in Montreal, found a factor called sodium alginate in kelp that binds with radioactive strontium 90 in the intestines and carries it out of the body. This is extremely important to note as this factor aids in the detoxification of the intestines.

I personally would not suggest giving kelp by itself. It's better to get kelp already in a supplement so you don't give too much. It's very easy to give too much kelp. For those that with a pet with a weak thyroid, I suggest giving Pet GO and Thyro GO in combination. The Thyro Go supplements contains some kelp. Thyro GO, due to the fact it is a meat based glandular and organ supplement, with some kelp in it, generally does a much better job than kelp alone for thyroid problems.

Please note, when I say you can give too much kelp, that's not an understatement. Too much kelp can, does and will lead to iodine toxicity. Iodine toxicity won't happen overnight, but it's something to be aware of. Of course, a pet that is iodine deficient will take longer to reach iodine toxicity, but either way, just be careful. I've added this information about kelp more for educational purposes rather than to advocate using kelp as a dietary supplement.

Nettles are another nutritive tonic. Traditionally used for treating anemia, arthritis, hay fever, kidney problems, malabsorption syndrome, inflammatory problems and excess mucous conditions of the lungs. Nettles have a good source of iodine and thus has been known to be helpful with goiter. Goiter is the enlargement of the thyroid gland which is visible as a swelling of the front of the neck. Goiter reflects that there is an under-active thyroid, also known as, hypo-thyroidism.

When it comes to aiding the kidneys, I like to use both Pet GO and Rena GO in combination.

There are many nutritive herbs you can provide your pets with. In my store, I now provide PetiGreens which contains organic wheatgrass juice, organic barley juice, organic oat grass juice and organic alfalfa juice. While PetiGreens is an excellent supplement, the glandular and organ supplements are usually a higher priority than PetiGreens. But PetiGreens still has a role to play in the health of our pets.

The benefits of wheatgrass juice are numerous. Wheatgrass juice helps to cleanse the lymphatic system, strengthen the blood and remove toxic metals from the cells such as mercury and lead. Wheatgrass helps to restore the body's balance by nourishing the liver and kidneys. Wheatgrass has also been reported to be beneficial for such problems as ulcerative colitis. As with all green foods, wheatgrass also contains a lot of chlorophyll.

Oat grass juice is rich in nutrients including amino acids, vitamins, minerals, chlorophyll, lecithin, enzymes and so much more. Oat grass, just like the other green foods, will have an overall beneficial affect on the body including helping the body to detoxify, rejuvenate and to gain increased vitality.

The End of Part 1

Part 1 has helped you learn why feed a wholesome homemade diet. Part 1 has also helped you learn about various aspects of a homemade diet. But it's time to move on to either part 2 or 3. Part 2 explains what you need to make homemade pet food while part 3 explains how to make natural homemade pet food. As usual, you can review other pages of Part 1 before moving on. The choice is yours.

Did you know that... essential fatty acids are either of 2 fatty acids which the body requires, but cannot make from other substances and which must therefore be supplied by the food. The names of these 2 are linoleic acid and linolenic acid. Now you know!